The Power of Asking 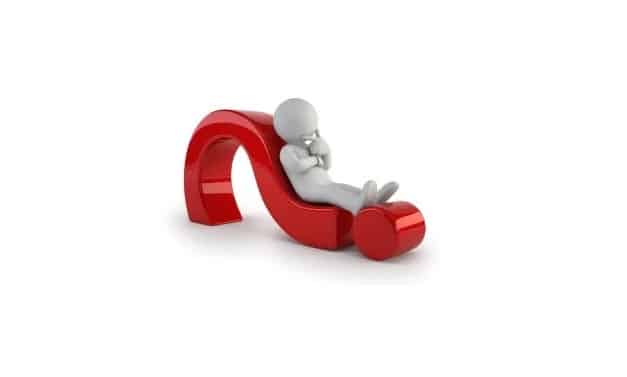 Why are People afraid to ask?

People are afraid to ask for many reasons such as looking foolish and looking stupid. Most people are afraid to ask because of fear of rejection and failure. They are afraid of hearing “no” for an answer. They are afraid to be judged. What’s the worst that can happen when you ask? The worst answer is a “no”.  What happens when you get a “no”? Nothing really. You started with nothing and when you get a no, you still do not have anything. Many of us might say, “nakakahiya if you get a no!” Nakakahiya to whom? (Looking foolish and stupid to others) It is you who will make you feel that way. The other person you asked it to might not even think about it. What if, the answer to the question is “yes”? They your question has been answered positively. Nothing is really lost and everything to gain when you ask. Therefore, ASK.

Let me give you my real-life example of asking, a rather simple example at that..

Last year, my daughter wanted to watch the De La Salle University (DLSU) -Ateneo de Manila University (AdMU) UAAP championship basketball game season 78. The game was in Mall Of Asia (MOA) Arena. She asked me if I can find some tickets for her since it was extremely difficult to get tickets from DLSU nor Ateneo (of which schools I graduated from). Hmmm.. I had an idea. My former office mate is now an executive at one of the big companies which has a suite (box) at MOA Arena. Knowing the success principles of Ask, Ask, Ask – that’s basically what I did. I asked. Remember if he said no, I won’t’ have tickets and in the first place, I really didn’t have tickets. I sent an text message to my friend and lo and behold the response was “Penny, you can get the tickets from my office. I have 2 tickets for you.”

“Yay! Two tickets!” so I told my daughter, She was very happy. However, she asked again (she knows the power of asking having assisted me many times in my workshops) “Can you ask more than 2 tickets?” WHAT? What will my friend say? Well, the crazy me went back to my friend and said “Can I have more than 2?” and the text message said, “hahaha! I will try.”

After a few hours, I received another text message, “You can get it from my office.” I wonder, how many? Nervously, I went to his office and his assistant gave me a sealed envelope which contained the precious tickets I was waiting for. “Thank you,” I said without opening the envelope. I didn’t want to show her that I was SOOO excited. I went out of the building, tore the envelope open and started counting, “1,2…. 3, 4.” And I stopped. There were more tickets, “5, and 6!” Six tickets! I had to count again! Yes, six tickets!! All I did was ask! Boy, was my daughter (and her friends!) so happy. Oh, and by the way… in that game, our team won!

The big story – when I was writing my book,

Career Shift Follow Your Passion. I was talking to my coach and I asked my coach, who would be good to ask to write the foreword. And Coach Margit Cruice said, “Why don’t you ask Jack?” Oh yeah! Why not Jack Canfield? What if he says no?, I thought. He will say no… was what I was thinking of. But what if he says yes? I took action. I emailed Jack’s assistant and asked. Patiently waiting and praying hoping he’d say yes. After a few days, Veronica came back to me… and the answer was YES! Jack Canfield said yes! The Jack Canfield. And now the foreword of my book written by Jack Canfield.

Now, I have asked many times and sometimes I get a no but it’s ok. Many times, I tell you, the answer I get is a yes.

Oct 21, 2018, at the check in counter of Philippine Airlines at Incheon Airport in Seoul, Korea, I asked, “What will it take for me to be upgraded to premium economy or business class?” And guess what was the answer? “I am sorry but there is no upgrade possible.” Did I feel bad? No actually. I tried and there is no harm in asking.

Lastly, I am a Filipino. And I feel that in our culture, asking is not part of our DNA. We have been raised to be contented with whatever we have. If we are given a short blanket, many of us make do… we don’t ask. My dream is for us, Filipinos to ask for a bigger blanket, for us to ask for more because we deserve more. We really do!

So, ask ask ask. Ask with an expectation of a YES. Who knows… you might just get it!